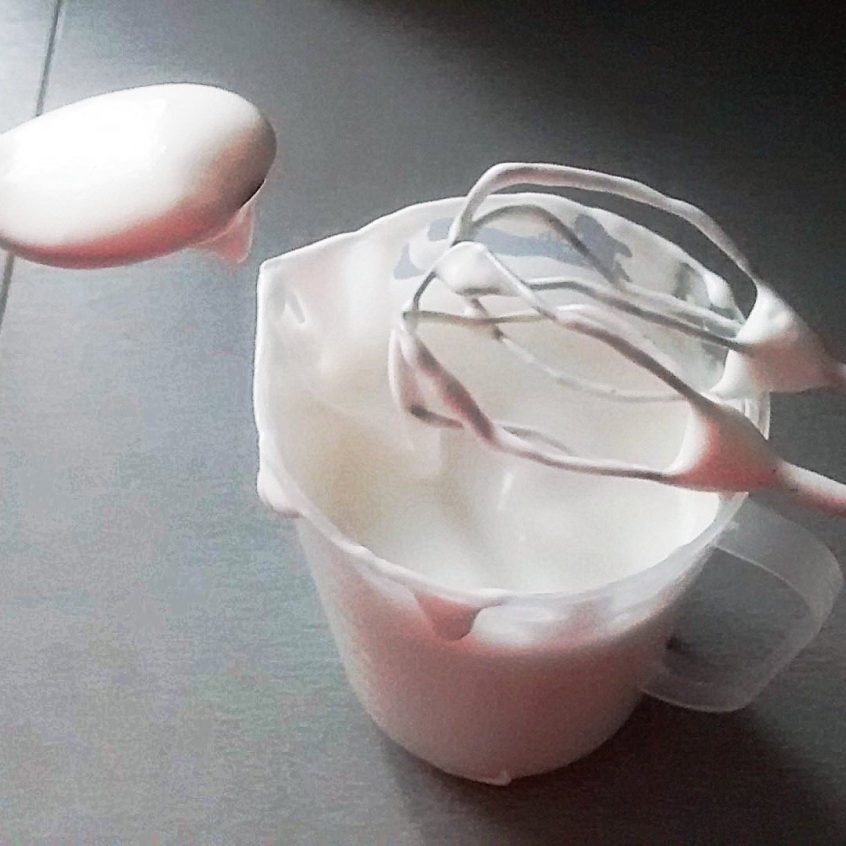 I get a lot of blank stares when I mention this ingredient, which is understandable: it’s quite a recent discovery by a French food blogger in 2014. This revelation was transformative for the vegan culinary scene, opening up a world of possibilities: suddenly, the elusive meringue was achievable, along with chocolate mousse, macarons, nougat, ice cream and marshmallows.

What is it? It’s ‘bean water’ — aqua for water, faba for bean. Open a can of legumes (chickpeas work best), use the chickpeas to make hummus or something, and don’t drain the liquid! That viscous liquid is the aquafaba. You can also get it from cooking beans yourself: as you bring them to a boil, the starches in the beans become gelatinous and the soluble parts of the beans leach into the water, which becomes a bit goopy (reminiscent of egg white).

This special liquid (which you can find in any supermarket or just make yourself) has remarkable properties. If you read my post on how to substitute eggs in baking, you’ll know that eggs themselves are a pretty incredible ingredient: their complex structure means they can be used for a multitude of purposes, including binding, leavening and emulsifying. Happily, aquafaba has similarly complex composition, which makes it the most awesome egg substitute known to us baking enthusiasts!

For the future aquafaba-enthusiasts out there, here’s a Facebook group where members share their creations and mishaps. It’s pretty fun! Oh and by the way, you can easily freeze aquafaba if you won’t use it on the same day that you open a can. Just pour the liquid into an ice-cube tray and pop it in the freezer for later use.

Here are some recipes that use aquafaba, to get you going:

Tag me in your posts on social if you start experimenting 🙂