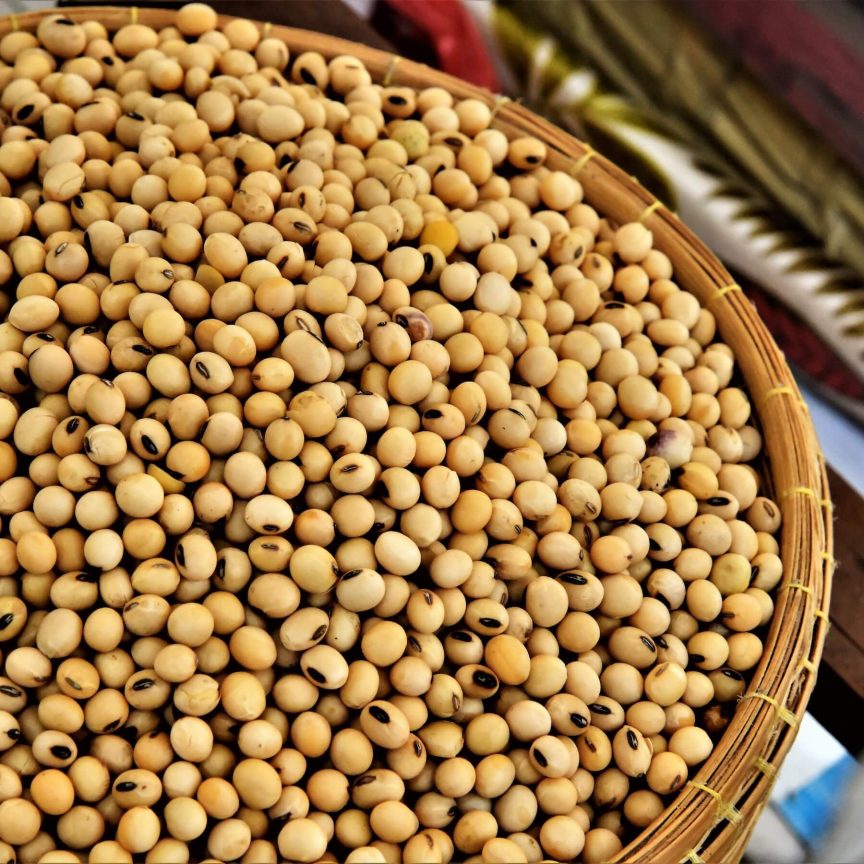 I’ve been vegan almost 10 years, and even now, I hear the adage about soy being unsustainable (or a health threat) almost as often as I did back then. The livestock industry has done a pretty good job at vilifying this little bean. Nowhere in the history of agriculture has a bean caused so much upset in the world – no doubt because its high nutritional value and versatility as a food source threatens the meat and dairy industries. (Maybe I shouldn’t be so surprised at all the confusion: after all, the information age has backfired and given us truckloads of ‘alternative facts’.)

In case you’re still unsure about where to stand on the soybean debate, here’s some info. None of it’s new, but it’s worth leaving a reminder here on my blog anyway.

Does eating soy contribute to deforestation?

It’s true that soybean plantations contribute to large-scale clearing of Amazonian rainforest. This typically happens in tandem with cattle ranchers: the ranchers start fires to create grazing land for their cattle, and when all the plants are grazed away, they sell the land to developers who plant soy crops.

But soy products consumed by humans, such as tofu and soy milk, are not the culprits. According to WWF, about 80% of the global soybean crop is fed to livestock animals to produce meat, dairy and eggs. Soy is a really good source of protein, for animals as well as for humans. Since there are three times more chickens, pigs, cattle and sheep (in sum) than humans in the world, it’s no wonder that most of the global soy crop goes to livestock.

Soybeans (as well as other legumes, seeds, grains and vegetables) contain phytoestrogens, a plant compound that is structurally similar to the sex hormone estrogen. This similarity has stirred up quite a bit of confusion in the media about the effects of soy on human health.

Biochemically, phytoestrogens actually have both estrogenic and antiestrogenic effects, by binding to estrogen receptors in the human body. In fact, clinical studies have shown many positive outcomes from soy consumption, and the American Cancer Society asserts that it has protective effects against certain cancers.

It’s worth keeping in mind that soybeans are beans. Just… beans. They’re special, for sure, with a unique nutritional profile that makes them perfectly suited for high-protein plant-based foods. It’s no wonder that the meat and dairy industries have fought so hard against these nutritional powerhouses, going to great lengths to lobby against their use as meat alternatives: they stand to lose a lot, as food innovation becomes more and more plant-centred…

Are we okay with soy now?

I hope I’ve managed to talk you into enjoying these magical beans. Unless you’re allergic, obviously. Or if you have thyroid issues (the research on that is inconclusive).

You don’t need to be a full-time vegan to make the world a better place, you can just make better choices, one at a time, as often as you can. Soy is better than meat, period. Next time you’re at the supermarket, try that tofu sausage. Or try some of the other wonderful soy-based foods out there:

Would you like to receive posts like these straight to your inbox, plus a recipe? If yes, drop your email down below. You can opt out anytime.
Views: 1,240