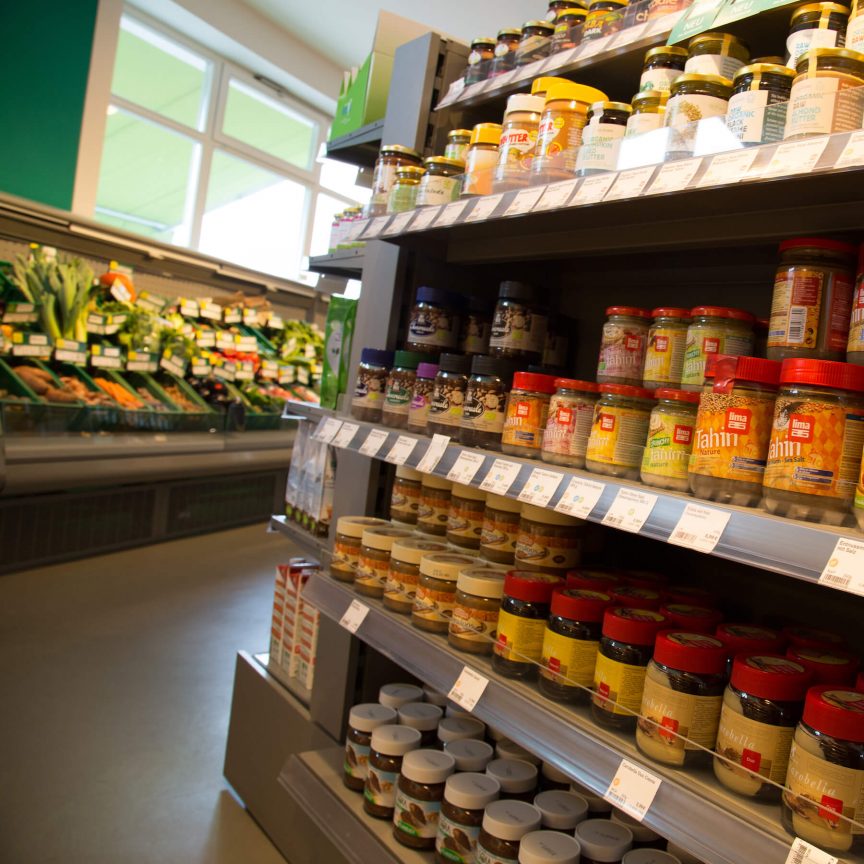 Have you graduated from the “regular” categories of plant-based foods (vegetables, fruits, beans, grains)? Are you venturing into more creative vegan culinary pursuits? If so, you’ll need to start looking out for some specialty “vegan” ingredients that might be less common in more traditional recipes.

It can be tricky to find these items, for the very reason that they’re not mainstream – yet! If you’re used to doing all your grocery shopping at the same place, this is your chance to branch out and explore other stores in your area: health food stores, your local Asian grocer, spice stores, farmers markets… After all, much of the joy of vegan cooking lies in the variety of flavours and textures that you won’t find in a single store.

By the way, check out my post What Every Vegan Kitchen Should Have to see my list of favourites, and what they’re used for.

I know that every city is different, so I’ll do my best to recommend ideas that are not too location-specific. You’ll need to do some online searches in your area as well, but hopefully this guide will be a useful starting point.

Soy milk, almond milk and oat milk are becoming more widely available in mainstream supermarkets by the day, the world over. Or, try a health food store, they’ll probably have more variety, such as macadamia, spelt, rice, hemp, pea milk…

Besides peanut butter, other nut (and seed) butters are a bit harder to come by. Try a health food store, or invest in a food processor (best kitchen gadget ever) and make your own!

Easy: canned chickpeas are available anywhere, just keep the liquid after you use the chickpeas. Or cook your own chickpeas from dry, and keep the liquid (same thing). I like to freeze the aquafaba in ice cube trays and store them in airtight freezer bags, in the freezer.

Nutritional yeast is considered a “health food” because it’s a rich source of B-complex vitamins. And it’s popular with vegans (some call it ‘vegan crack’). And I guess, since there’s still a strong association between veganism and healthfulness, you’ll find it in health food stores (or the health food section in your local supermarkets). In Cape Town, this is available in every health store as well as in the supermarkets with bigger health food sections. In Berlin, the only place I’ve found it so far is Veganz.

Also considered a health food (because it is!) flaxseed can be found in health food stores, too. But you’ll probably find it more easily, since it’s just a seed. It can be found in whole form or ground, but I like to buy it whole and grind it at home in a blender or food processor. It lasts longer that way, too.

This stuff is gold: a little goes a long way, and it lasts for ages in the fridge. It can be hard to find, though. In Cape Town, I found it at my local Asian grocery stores, as well as in the bigger health food stores. But the Asian store is definitely the best bet (and more affordable). In Berlin, I found it at an Asian grocer as well.

Soy sauce is pretty ubiquitous nowadays, in most places I think. Check the Asian food section of your local supermarket, or near the condiments.

Tofu is an ancient Chinese food made from soy beans that is becoming more available in Western food stores. However, it’s still niche: depending on your local supermarket, you might find it in the Asian food section, the health food/vegan section, or not at all. You’ll definitely find it at an Asian grocer for a very reasonable price, but if you’re willing to pay (a lot more) for organic tofu, try a health food store.

Even though it’s also an ancient Asian staple, tempeh is a bit more elusive in Western stores. It’s even more of a “health food” than tofu (since it’s made from unprocessed whole soybeans), so you might find it in a health food store, or more likely in an Asian supermarket. If you’re lucky, you might even find tempeh made with other types of beans, or grains.

I’ve found that paprika (the spice) is easily available at supermarkets everywhere I’ve been, but smoked paprika can be a little more rare. It’s worth the hunt though, the stuff is bliss! In Cape Town I found it fairly consistently with the other spices at the supermarket, but in Berlin it’s much harder to find. Most supermarkets have “sweet paprika” and/or “strong paprika” but no smoked paprika. (It’s available at Frische Paradies, though, if any Berliners are wondering!)

Any supermarket will have this well-known wonderspice! And if they don’t, shame on them.

Even though I gravitate to using aquafaba or flaxseed as my egg replacers or choice, it can be easier or more convenient to buy a commercial egg replacer. (See this post about why eggs are so special, and how to replace them in baking.) There are quite a few brands nowadays, offering general egg replacers (replacing a whole egg in baking, for example), and more specialist egg replacers (e.g. to make omelettes, or meringues). Best is to check your local health food store, or specialist vegan store. This is definitely not a mainstream item (yet!) so it might be harder to find.

Although most recipes that require sweetener will turn out fine with good ol’ sugar, some recipes just aren’t the same without the sticky deliciousness of a syrup. You’ll likely find golden syrup in the baking section of any supermarket, but for more niche options like date syrup, agave or vegan ‘apple honey’, try the health food section or a vegan specialty store.

Try the health food section of your local grocery store, or a health store. Even though tahini a Middle Eastern staple (and the quiet star of hummus) it’s categorised as a health food in most Western supermarkets.

Even though margarine was invented as an alternative to butter, most brands include milk as an ingredient. Annoying, right? In any case, most margarines taste a bit like plastic, and they’re not great for baking. That said, the market for vegan alternatives to butter has definitely improved a lot over the years: check your local supermarket – if it’s not marketed as vegan, check the ingredients for milk solids and vitamin D3, which is derived from lanolin (from sheep’s wool).

I only discovered kala namak (black salt) a few years ago in Cape Town, and until recently it wasn’t easily available. Nowadays, specialist health food stores usually have it, or spice stores with an Eastern influence.

Most supermarkets should have cashews, but they can be pretty expensive. If you know you’ll use bigger quantities, such as for creamy sauces, or soft vegan cheese, try to find a wholesaler or someplace that sells broken pieces (which will be cheaper than intact cashew nuts). After all, you’ll be blending them up anyway! If you buy more than you’ll use in a month, just freeze it in an airtight bag.

I like to think that “real” chocolate is naturally vegan, with just cocoa solids, cocoa butter and sugar. Go to the chocolate section in your local supermarket, and I bet you’ll find a vegan option: look out for dark chocolate (minimum 70% cacao), and check that the ingredients don’t include milk. (If it says, “may contain traces” of milk, that’s just a legal precaution: it’s still vegan.)

There was a time when this game-changer could only be found at butcheries (gag). But it seems to be becoming more easily available. Try the more upscale supermarkets in your area, or the bigger stores with specialist culinary sections.

I hope this list is as helpful to you as I hope it is – let me know what fun new vegan ingredients you find in your area, or if I’ve missed anything that should be on this list!

Would you like to receive posts like these straight to your inbox, plus a recipe? If yes, drop your email down below. You can opt out anytime.
Views: 1,039