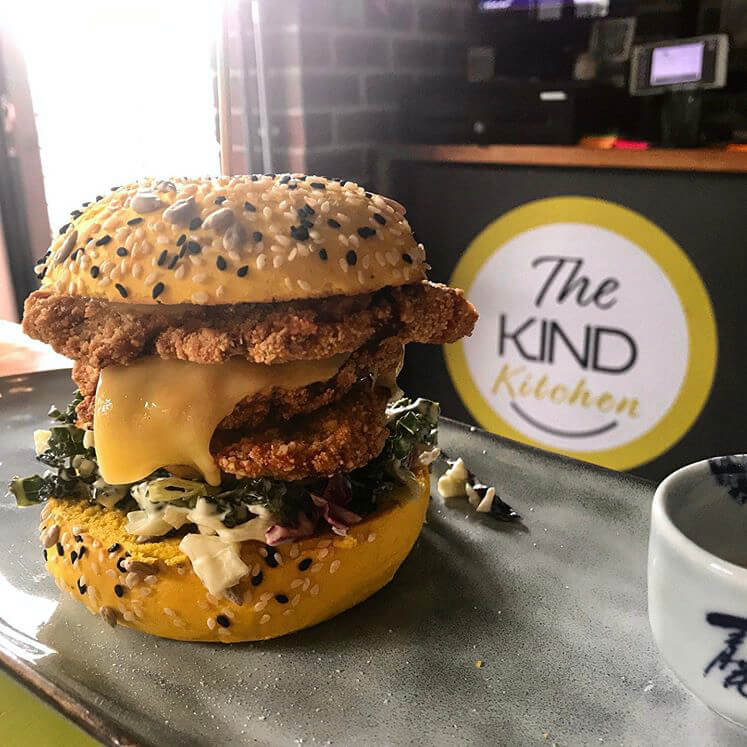 I saw a comment on a social media thread recently where someone expressed confusion at the term ‘vegan meat’—as though it was an oxymoron. He’s not an outlier: probably most people around the world refer to meat as animal flesh. But it’s not the only meaning for the word, as you’ll see. And it’s definitely not the only word that’s become primarily associated with animal products: milk, butter, sausage, schnitzel, bacon, cheese, eggs, mayonnaise…

Indeed, meat and dairy lobbies in Europe and the US are playing on this supposed confusion to call for a ban on the use of these terms on plant-based food packaging. In France, it’s now illegal to call a product ‘oat milk’, ‘cashew cheese’ or even ‘vegan bacon’—as though consumers are not discerning enough to know the difference between these and their animal-based counterparts. And so our (healthier, tastier, more sustainable, more ethical) plant-based alternatives are relegated to weird terms like ‘mylk’, ‘cheeze’ and ‘frozen dessert’. The EU even tried to rename ‘veggie burgers’ to ‘veggie discs’… If you weren’t aware of the political power wielded by animal ag, now you know! But hey—it’s a big sign that we’re reaching (or have reached) a tipping point: as panicked as they are, the meat & dairy industries are no match for a groundswell of informed consumers 🙂 When meat processors start producing meat-free meat, that’s when you know the times are a-changing!

Now back to the words themselves. The multiple definitions of the words give us an idea of their historical and present usage—as you’ll see, they’re not exclusive to animal products:

The word comes from the Old English word mete, which just refers to food (think ‘sweetmeat’). Heck, even the bible refers to plant-based food as ‘meat’.

It’s pretty clear that we have every right to use the word for the white liquid made from plants. Move along, Big Dairy.

Will they change the names of peanut butter and cacao butter, too? I mean, really…
As demand for plant-based foods is accelerating year-on-year, the industry is responding with innovations that are rocking the stock market: Oatly is the cool new kid on the block; Beyond Meat is playing with the big boys with their latest TV ad; and Miyoko’s butter is making waves even here in South Africa. The future of meat and dairy is plant-based!

I love my oat milk, seitan sausage, soy yoghurt, coconut ice cream. When I’m home or around other vegans, it’s just milk, meat, yoghurt, ice cream. Language evolves, and we can redefine words as we use them—dictionaries follow us, not the other way around.

Will you join the resistance? 🙂

Would you like to receive posts like these straight to your inbox, plus a recipe? If yes, drop your email down below. You can opt out anytime.
Views: 1,047