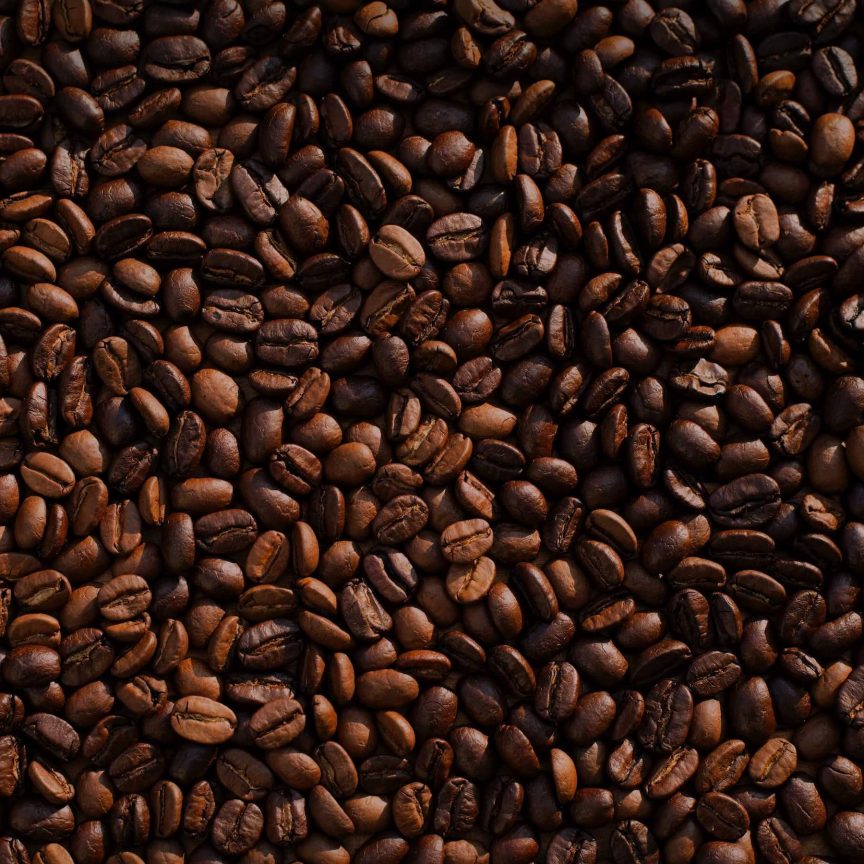 I’ve gotta say, I love my strong morning coffee. It’s a daily ritual that gets me buzzing, and I’m quite ok to be labelled a coffeeholic. Although if I’m honest, I probably don’t need it. On the odd occasion when I’ve run out of coffee, I’ve managed without a problem.

But I figured it’s probably a good idea to learn a bit more about this substance that I consume with more regularity than any other food or beverage (besides water).

Does it have health benefits? Or not? What does the science say? Naturally, I turned to NutritionFacts.org, a great spot to find the latest research on specific plant foods.1Greger M 2019, Do the Health Benefits of Coffee Apply to Everyone? NutritionFacts.org, viewed 29 Jan 2021, <https://nutritionfacts.org/video/do-the-health-benefits-of-coffee-apply-to-everyone/>

Coffee beans are just that: beans, which are also seeds. And what do we know about seeds? They’re packed with important phytonutrients. Coffee beans, in particular, are rich in polyphenols that feed our intestinal bacteria.

Three cups of coffee per day has been shown to increase the levels of Bifidobacterium in our gut (which is a good thing). However, adding cow’s milk to coffee cancels out this effect, because the protein in cow’s milk binds to the polyphenols in the coffee, inhibiting them from feeding the gut microbiome. Interestingly though, proteins from plant milks also bind to the polyphenols, but somehow the bacteria in the gut are able to release the polyphenols from the plant proteins.

The takeaway: if you like milky coffee, swap out cow’s milk for plant milk.

Watching your weight? Studies have shown that coffee consumption has an appetite-suppressing effect, and it also boosts one’s resting metabolic rate by 10 per cent – in other words, you burn more calories doing nothing. It’s no silver bullet for weight loss, but each cup of coffee can get you to burn an extra 17 calories. (Only if you leave out the milk and sugar, of course.)

And for the athletes out there: coffee has also been shown to boost athletic performance. Whether it’s to shave a couple seconds off a sprint or lift heavier weights, a quick espresso before your training might give you an edge…

Research has shown that coffee-drinkers have lower overall mortality (along with reduced risks of several diseases). But this is only correlation, not causation.

But when it comes to its effects on diabetes and heart disease risk, it’s less clear. Even though overall mortality and disease risk is lower on average among coffee-drinkers, this doesn’t necessarily mean much when there’s a lot of variance among individuals. If the coffee-effect is very-positive for some and very-negative for others, the overall average effect isn’t very meaningful (if that makes sense).

Here’s the thing: the adrenaline spike appears to counteract the beneficial effects of the polyphenols in coffee, at least in the case of hypertension risk. People with slow caffeine metabolism increase their risk of hypertension by drinking coffee, while people with rapid caffeine metabolism decrease their risk – in fact, the more coffee the better, it appears. Interesting, right?

It seems that the researchers only studied this divergent effect on hypertension, though – I don’t know if it applies to other disease risks. But it’s interesting anyway: maybe it helps explain why people react so differently to coffee.

Personally, I don’t really know what to do with this knowledge: the only way to know whether you have a slow or rapid caffeine metabolism is to take a genetic test (a waste of money in my books).

Given all this info, here are my takeaways:

Would you like to receive posts like these straight to your inbox, plus a recipe? If yes, drop your email down below. You can opt out anytime.
Views: 822