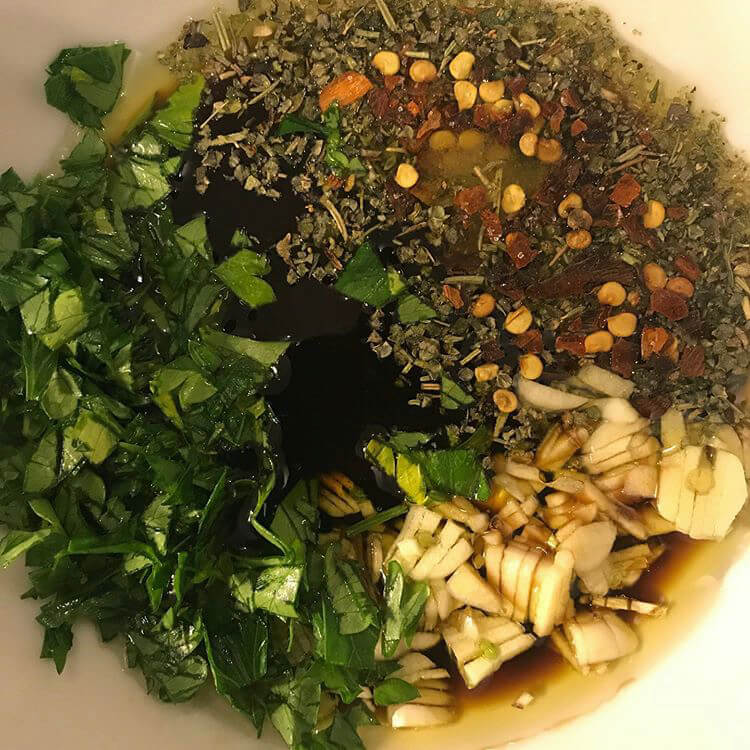 Whether you’re part-time or full-time plant-based, tasty food should be a priority. After all, it’s the most immediate pleasure that brings us back to eating regularly. But we’ve got to find that fine balance, limiting unhealthy foods and focussing on an abundance of whole, plant-based foods. So if we can get healthy food tasting good, we get the best of both worlds, right?

I’ve heard way too many stories of people being tortured with over-cooked vegetables while growing up: over-steamed squash, broccoli boiled to death, and bell pepper burnt to ashes. No spices or salt or pepper. No wonder some people think that eating plant-based is boring and bland: the only vegetables they grew up eating were flavourless!

Let’s change all of that. Next time you get in the kitchen, keep some of these ideas in mind to crank up the flavour in your cooking:

Think onions, garlic, carrots, celery, ginger: the vegetables that are most often used as a flavour base in culinary cultures around the world. When crushed or exposed to heat, these vegetables bring a depth of flavour that you won’t get with salt or fat alone.

Humans evolved a taste for salty foods, as sodium was scarce in the natural environment (we need small amounts of sodium for healthy muscle and nerve function). While it’s usually not necessary to add salt to foods (sodium is found naturally in beets, carrots, celery, Swiss chard and sea vegetables, for example), adding just a little bit of salt to a dish can round out the flavour by intensifying other flavours.

I think this is an element in cooking that’s often overlooked. Texture is so important! You can make the most delicious-tasting veggie burger but if’s mushy, I won’t have it. Bring an awareness of texture to your cooking (crispy, smooth, chewy, creamy, spongy) and it’ll pay off: coat your marinated tofu in breadcrumbs before frying or grilling; blend that cashew cream to a perfect lump-free smoothness, and use aquafaba as an egg-replacer for a light spongy cake.

Another element that we evolved to crave. High-fat foods used to be naturally scarce, but the best sources of energy (fats have 9.4 calories per gram, whereas carbohydrates and protein have just 4 calories per gram). Nowadays, high-fat foods are everywhere, causing an epidemic of diseases such as diabetes and heart disease. Here’s the tricky but interesting thing about fat: it enhances and carries flavours and smells really well, which is why the smell of spices frying in oil carries so well, and why dairy cheeses are so hard to resist. Ask almost any chef about how they make food taste good, and they’ll almost certainly mention butter. I try to limit the fat and oils in my cooking, and instead focus on up-skilling myself in the spices & herbs department.

You’re tasting your dish one last time before serving, and you find there’s something missing, but you’re not quite sure what… A squeeze of fresh lemon juice or a dash of white wine vinegar might do the trick, bringing a bit of brightness to round out the flavour profile. Acidity is often overlooked in cooking, but it’s one of the main taste sensations!

Roughly translated from Japanese as “pleasant savoury taste” or “deliciousness”, the term umami is used to describe flavour compounds that are found in foods such as soup stocks, aged cheeses, oyster mushrooms, ripe tomatoes, miso and nutritional yeast. Do a little bit of research into which plant-based foods are umami-rich, and you’ll level-up your cooking in no time.

There’s a whole science behind cooking and the culinary arts, as I’m sure you realise—but you don’t have to get all nerdy about it to apply some basic and very effective principles in the kitchen. Try these out, even if it’s just one at a time. I’d love to hear what delicious discoveries you make!

Would you like to receive posts like these straight to your inbox, plus a recipe? If yes, drop your email down below. You can opt out anytime.
Views: 965