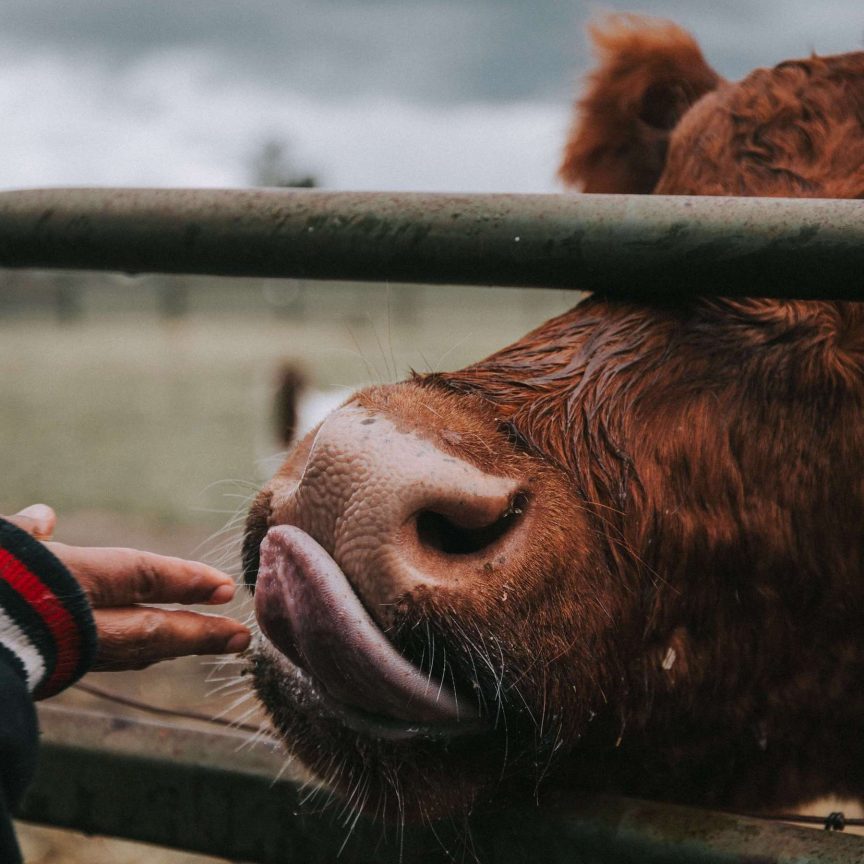 I set out to write a little opinion piece on the concept of vegan allyship – but since I don’t have enough knowledge on the relevant topics, I asked my social network for their thoughts on the concept. Some astute comments followed, and I’ve learnt some things. As a result, this article is taking a different direction to what I’d originally anticipated: less on the pragmatics, more on the semantics.

I first learnt about the term vegan ally at a workshop on Effective Vegan Advocacy, run by Dr Melanie Joy and Tobias Leeneart. The workshop is created for vegans who want to become better communicators and more effective change-makers, incorporating Joy’s expertise as a psychologist and Leeneart’s research on behaviour change. It’s excellent, and I highly recommend it – the topics are summarised in these short, animated videos.

What is a vegan ally?

“A vegan ally is a person who supports veganism and vegans but isn’t fully vegan themselves.”

There are many paths towards a more-vegan world, and a huge variety of actions that a single person can take towards that goal. Going vegan probably makes the most sense for those who feel a need for consistency between their worldview and their behaviour (to close the ‘action-intention gap’, so to say). But it’s not the only way to contribute to the movement.

Just as vegans can increase their impact by, say, sharing vegan recipes or donating to vegan charities – non-vegans can also use their skills and resources to have an impact. They can promote vegan documentaries, share stats on the environmental impacts of meat and dairy, lobby for a tax on meat, ask restaurants for more vegan options, write articles about the movement for a newspaper, invest in vegan startups… The list is endless, and you don’t have to be vegan to do those things. Being vegan is not a prerequisite, nor a necessity, for working towards a more-vegan world.

When I posted about this on social media, I quickly learnt that I’d completely overlooked the semantics. For a lot of people in social justice spaces, the term ‘vegan allyship’ implies that vegans are oppressed and in need of allies – which is not only untrue (it’s animals that need allies), but it’s also offensive to marginalised people who do experience oppression.

Thankfully, I have friendly friends who helped me see understand this:

“I take issue with the term, as vegans are not an oppressed group. If anyone suggested that they were, I would see this as insulting to groups of people who are subject to real oppression and violence because of who they are. The animals are an oppressed group. Not the vegans. In fact, being vegan often overlaps with being privileged. Less privileged people don’t necessarily have the time, money, or energy to be particular about what they eat.”

“To me, using the word ally about vegans implies that vegans are an oppressed group like queer people, POCs etc. And that is something I have always been uncomfortable with. I would rather say something like “animal ally” maybe — after all that is the real group in need of allyship, not vegans themselves. (I say all this as a vegan, for context.)”

While the intended meaning of ‘vegan ally’ was allyship with the vegan movement, it’s clear that it’s a problematic term. But ‘animal ally’ is also a bit uncomfortable: a meat-eating ‘animal ally’ is a bit of contradiction in terms…

On the other hand:

“In terms of allyship language, I’d definitely consider both vegans and semi-vegans/pro-vegans to be “animal allies” themselves, with the difference just being where along the spectrum of allyship they fall. It’s analogous to how there’s a whole spectrum of anti-racism allyship from white people: you could be a white person who just occasionally does a bit of anti-racist activism, or a white person who’s dedicated your entire life and being to fighting racism, but on both ends of the spectrum, you’re still an ally, and not actually the oppressed group being fought for. (Strongly related: This is why it’s called “animal rights activism”, not “vegan rights activism”.)”

Using the term ‘vegan ally’ also misses the point for another reason:

Perhaps it would be better if we skip the term ‘ally’ entirely:

“I genuinely have an issue with the term ally anyway. It’s a buzzword. Means absolutely nothing. People patting themselves on the back for existing and acknowledging their privilege. It irritates me quite a bit.”

(Here’s another perspective on the use of the word ‘ally’: Accomplices Not Allies: Abolishing the Ally Industrial Complex (thanks Pi for the link).)

Do we need a label to describe non-vegan supporters of the vegan movement?

There’s a lot to say about the pros and cons of using labels. Personally, I think they’re pretty useful: they make it easier to identify what we’re talking about, and to propagate an idea. On the other hand, when people use labels to self-identify (e.g. as ‘vegan’ or ‘vegan ally’ or ‘vegetarian’ etc.), I wonder if it can result in a kind of stand-still in one’s own self-betterment… (I saw this in myself: when I made the switch to veganism, I basically stopped contacting dairy and egg farms and talking about my findings, as I’d been doing before.)

Encouraging people to support the vegan movement in whatever way they can is a good thing. You don’t have to be vegan to do good in the world (but it helps).

A label for this might make talking about it easier. I’m going to be avoiding the term ‘vegan ally’ – but I don’t have a better alternative yet. Do you?

(To those who are thinking “what’s the big deal, it’s just a word”… The vegan movement has done enough harm in its blindness to civil rights causes. There are way too many vegans who do not value racial justice or gender equality, or worse, who say outright that they value animals more highly than people.)

There is so much more to explore on this topic – besides the semantic overlap with civil rights causes, there’s also the pragmatic importance of holding space for non-vegans to do pro-vegan work, and plenty of fascinating research out there on behaviour change and the propagation of ideas. I’m here to learn, so if you have comments, you know what to do!

Would you like to receive posts like these straight to your inbox, plus a recipe? If yes, drop your email down below. You can opt out anytime.
Views: 1,177