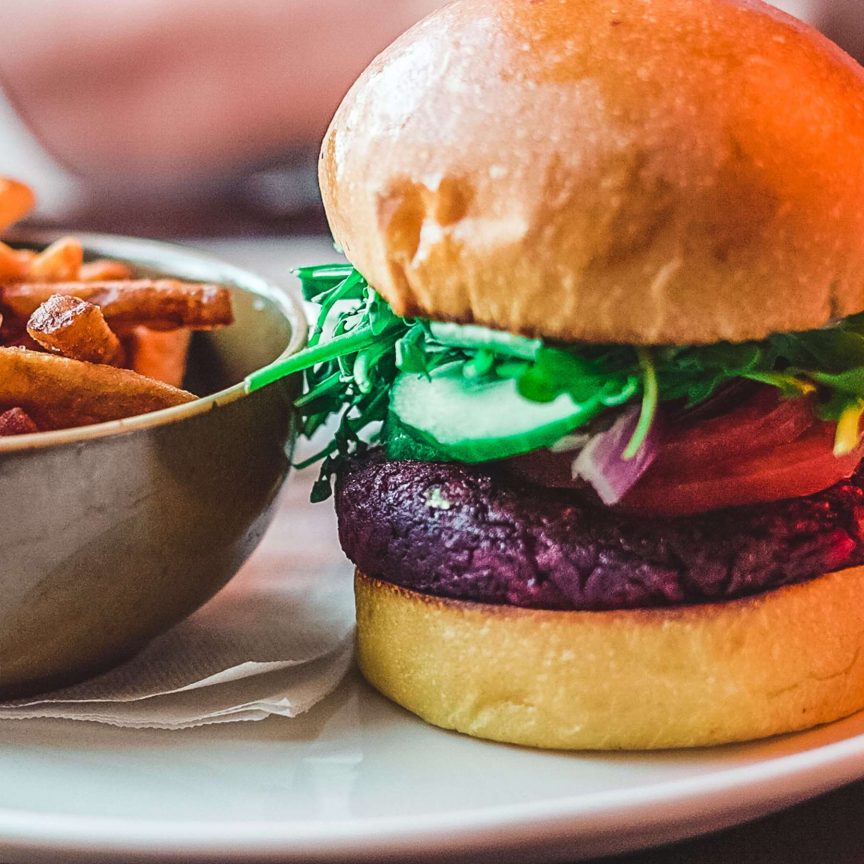 With the start of Veganuary next month, hundreds of thousands of people around the world will be trying out a vegan diet. Thanks to initiatives like this and others, there’s been a huge shift in the global food industry with more and more innovative plant-based alternatives to meat, dairy and eggs.
But what’s the difference between a vegan diet and a plant-based diet? The terms are sometimes used interchangeably, but they are different. In case you weren’t clear on the distinction, read on!

The term “vegan” was created in 1944 by a certain Donald Watson, founder of The Vegan Society (in the UK), to describe an ethic of not using animals. From their website: “Veganism is a philosophy and way of living which seeks to exclude—as far as is possible and practicable—all forms of exploitation of, and cruelty to, animals for food, clothing or any other purpose.”

Naturally, a vegan diet, therefore, excludes all animal products: no meat, dairy, eggs, honey, and no other animal derivatives that might be hiding sneakily in a long list of ingredients. The term vegan describes what you don’t eat or use, and it implicitly aligns you with the vegan philosophy. But if you’re not totally on board with the movement’s philosophy, that won’t make sense. (And besides, the term vegan doesn’t necessarily describe a healthful diet: potato chips, soft drinks and Oreos are vegan-friendly, but won’t make your body happy in the long term).

Enter the handy term plant-based diet: a diet centred on foods derived from plants (and omitting/avoiding animal products). The term was initially popularised about 10 years ago, to “take the emphasis off the word ‘vegan’, because some associated it with being too extreme a position”. Indeed, with a focus on diet, the term plant-based doesn’t commit you to the vegan philosophy: it’s not about your worldview, or what you wear, or what cosmetics you use, or what you don’t eat. The emphasis is on what you do eat: vegetables, fruits, grains, legumes, nuts, seeds, spices, herbs, mushrooms – and foods that you can make with them.

I love that this term exists. It has enabled countless people to make a dietary shift that they otherwise might not have made, nudging the food industry to make big leaps in innovation. I don’t really care whether someone self-identifies as plant-based or vegan: both are a big step in a positive direction, for animals, ecosystems, food equity, and personal health.

Personally, I’m happy to identify as vegan, since I do what I can to avoid animal products in all aspects of my life, not just the food, and I’m deeply concerned about animal rights. But when it comes to promoting a healthful diet change (which happens to benefit animals and the environment too), I prefer to use the term plant-based*. It’s more accessible.

* There’s one exception, though: when I’m at a restaurant, I make sure to use the term vegan because there is some disagreement about whether plant-based can include small amounts of animal products.

Would you like to receive posts like these straight to your inbox, plus a recipe? If yes, drop your email down below. You can opt out anytime.
Views: 1,261