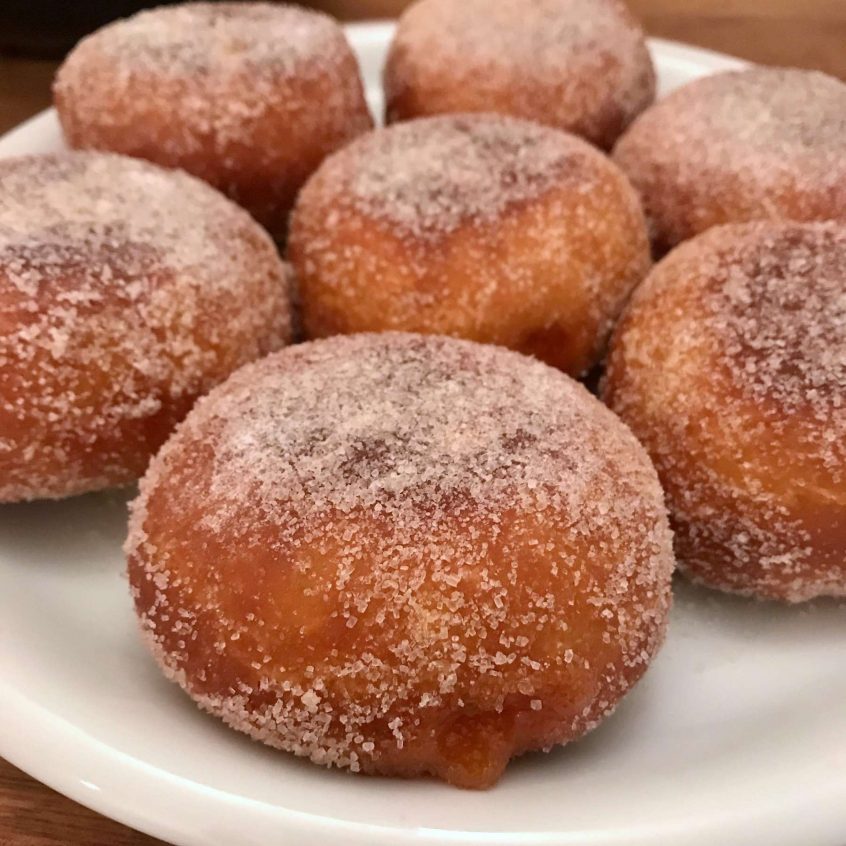 When in Berlin, have a Berliner? Or make a vegan one? Yep, I’ll take the bait.

I’ve just moved to Berlin for who-knows-how-long, and I thought I’d celebrate the occasion by trying my hand at veganising the city’s traditional pastry. It’s very similar to a doughnut: a light, sweet dough that’s fried until it puffs up, then filled with jam and covered with sugar.

My first try was an adaption of this recipe: I used soya milk instead of cow’s milk, aquafaba and turmeric instead of egg yolks, and vegan margarine instead of butter. It worked, but it wasn’t quite right: mixing the yeast straight in with all the other ingredients resulted in a heavier dough (since the yeast wasn’t well-activated); the vegan butter didn’t really mix in properly, and the dough was too moist (I had to add extra flour). So I took inspiration from this recipe, which made a lot more sense: the butter is melted and mixed with the milk, then the sugar and yeast is added to the mix, and it foams up beautifully!

The second attempt resulted in a beautiful crumb, but unfortunately I did the second rise in the oven at 40ºC which was too warm: they deflated when they came out, and didn’t fry well. So on my third attempt, I will do the second rise at room temperature, and buy a thermometer for the oil!

So: please be aware that this recipe is a work in progress. I’m 80% sure that the way it’s described below should work, but I need to try it out again. If you’re willing to test it, let me know!

Oh and if you want to be a German brat, fill one of the pastries with mustard instead of jam, and give it to someone you don’t like 😬 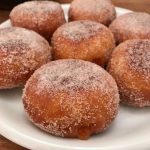 I’ve just moved to Berlin for who-knows-how-long, and I thought I’d celebrate the occasion by trying my hand at veganising the city’s traditional pastry. It’s very similar to a doughnut: a light, sweet dough that’s fried until it puffs up, then filled with jam and covered with sugar.
Course: Dessert
Cuisine: German
Servings: 8 pastries