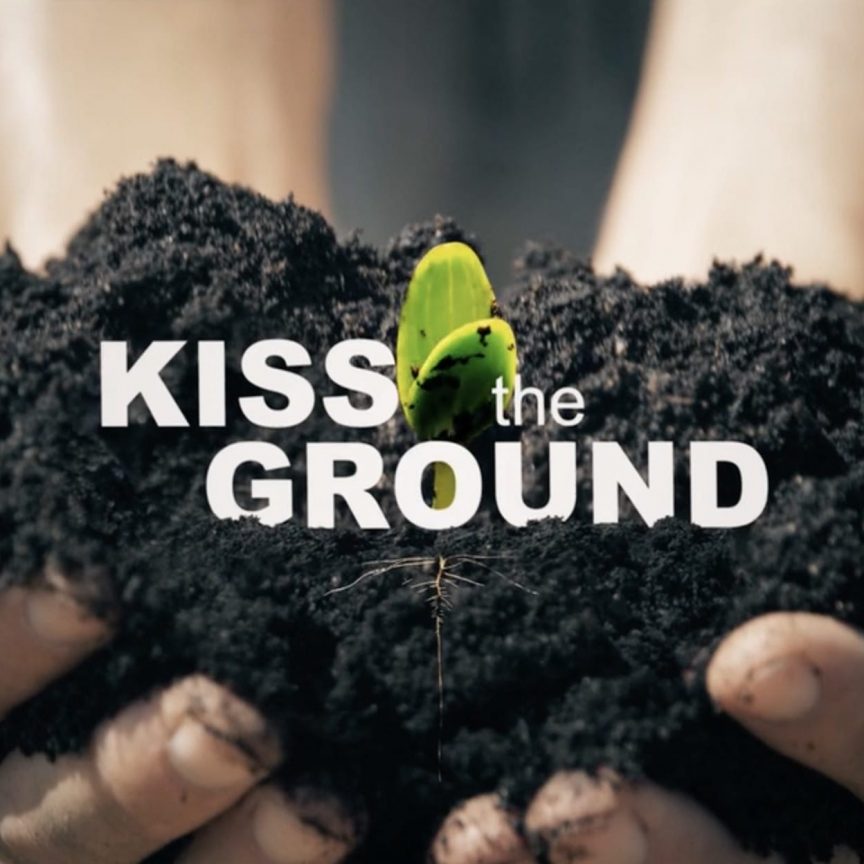 I just watched the documentary Kiss the Ground on Netflix, and figured I’d share some thoughts on it. If you’ve watched it, it would be great to hear if it’s inspired you in any way. If you haven’t watched it, the ideas I’ll share here are worth a quick read anyway (I hope!).

The theme of the film is soil health, and the premise is strong. Industrial agriculture over the last few decades has led to widespread top-soil erosion and desertification, contributing significantly to global warming. Monocultures, chemical inputs and feedlots are destroying the planet’s ecosystems, messing with our health and hurting billions of animals. To make it worse, these systems are propped up by government subsidies, thanks to powerful industry lobbies and widespread misinformation.

The film as a whole, however, feels a bit weak as it takes a downward plunge as it explores ‘solutions’. Modern agriculture is a complex problem that has built up over decades (centuries actually), with many nuances and perspectives. Typically, with complex problems, the solutions are complex too – or at least, multi-faceted. Silver bullets are rare gems. However, Kiss the Ground hones in on regenerative agriculture as a panacea, with a focus on holistic grazing.

The core concept behind regenerative agriculture is carbon sequestration. Just as tilling soil releases the carbon stored in the soil into the atmosphere, growing plants reverses that process. In other words, plants absorb carbon dioxide from the atmosphere via photosynthesis, and the carbon becomes part of the plants’ structure, including their root systems where the carbon is ‘stored’ underground. This is a well-understood process with plenty of science to back it up. Indeed, it forms the backbone of many carbon-offsetting projects that have sprung up in response to global warming.

On the other hand, holistic grazing doesn’t have much (or any) science backing it up. It’s a concept that was popularised in the 1970s by Allan Savory, who is prominently featured in the film. Savory has been known to reject the scientific method as a whole, and none of his methods have been replicated under scientific conditions. While holistic grazing might seem like a nice idea (especially to anyone who eats meat  or profits from it), as long as there aren’t replicable scientific studies demonstrating how much carbon is sequestered in the process, the concept doesn’t hold water.

Moreover, the film appears to present only two options: industrial farming as the status quo, versus regenerative grazing. A third option is not given any serious consideration – even though they had the time to do the research (there’s footage from COP21 in Paris in 2015). To their credit, they did briefly mention a “plant-rich diet” – only to revert swiftly to the topic of livestock. The take-home message: buy your meat from ‘natural’ free range farms, and in doing so, support the soil health movement.

But is this solution scalable? How many people could the planet feed on this system? It’s all very well for celebrity environmentalists to enjoy grass-fed steaks and happy eggs. However, imagine what might happen if the world’s livestock systems switched over to grazing systems. We’d need at least two more planets to satisfy the current demand. Since we don’t have that option, meat would simply become much more scarce and expensive (as it should be), and everyone will default to eating more vegetables, grains and legumes.

Meat becoming more scarce and more expensive sounds like a great solution to me. This is simply a result of internalising the environmental externalities. It’s a great way to financially incentivise the shift towards more sustainable food systems, via the consumer.

And there are alternatives to livestock farming. In fact, by growing plants on the same piece of land where you might otherwise have grazing cattle, you could feed multi-fold more people. And there is no need for manure or pesticides: have you heard of stock-free farming? Indeed, it’s a method of agriculture that uses ‘green manure’ from plants to put nitrogen back in the soil, eliminating the need for animal or chemical fertilisers.

Plus, eating exclusively plant-based is a real option for a large percentage of the world’s population. Most of us live in areas with access to whole grains, legumes, vegetables and fruits, and many of us live in cities that have more and more vegan convenience foods on offer.

With a bit of effort, education and imagination, we can imagine a world where we’re using less land to produce more (plant-based) food, thereby freeing up land for the resurgence of wildlife, where our diets are healthier and we’ve almost eliminated the chronic lifestyle diseases that are currently the world’s top killers, and we’ve dramatically reduced the number of farmed animals that suffer each year.

Although I’m genuinely suspicious of the motives and financial interests of Kiss the Ground, I think the outcome is, all-in-all, positive. If the livestock industry shifts away from factory farms and towards ‘regenerative grazing’, with the right policies in place and the environmental costs factored into the pricing (let’s not forget that grazing cattle emit more methane than feedlot cattle) – we might see a large-scale decrease in meat consumption, in favour of plants.

Would you like to receive posts like these straight to your inbox, plus a recipe? If yes, drop your email down below. You can opt out anytime.
Views: 947