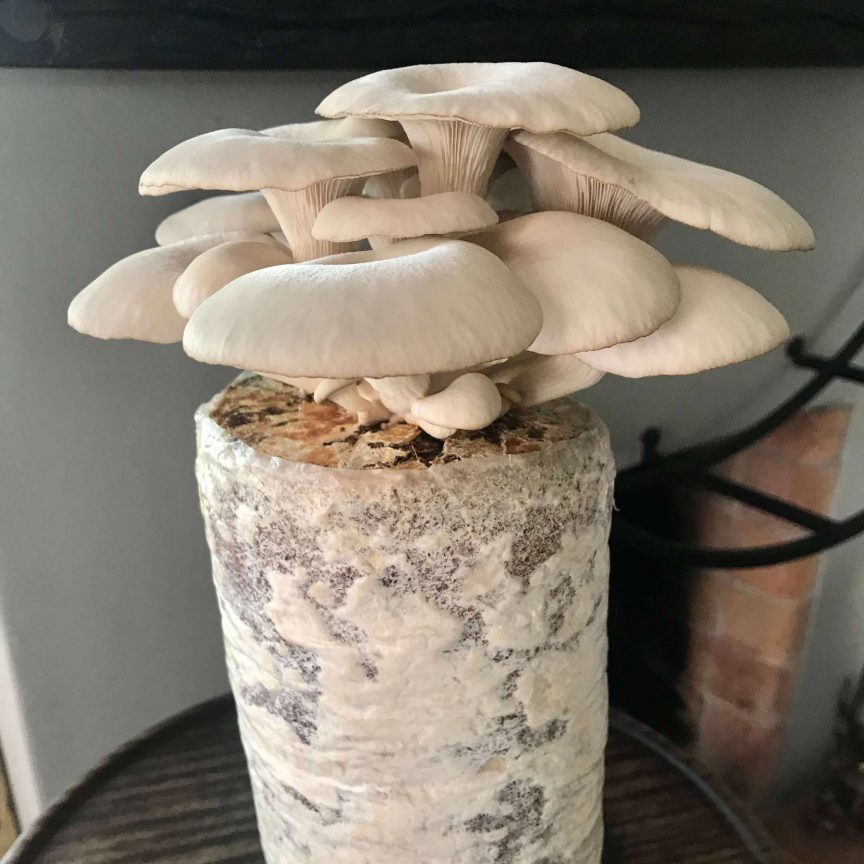 I love mushrooms, and I get a bunch pretty much every time I do a grocery haul. Their texture can be astonishingly meaty (have you tried my Meaty Marinated Mushrooms?) and they bring wonderful umami to a dish.

I have, however, come across fringe questions about whether they’re even vegan – it never occurred to me to asked myself that question! I knew that mushrooms were neither plants nor animals, but I’d always assumed that they fell into the category of vegan foods. (Though I have encountered the belief that they’re an intelligent life form that’s too freakish to consume… I won’t ascribe to that!)

Mushrooms are part of the kingdom Fungi. You’re probably ok with eating other types of fungi: yeasts are used to make bread, wine and other fermented foods, and molds are key in the processes of making brie, blue cheese, soy sauce and some distilled spirits.

Also a kind of fungus, some mushrooms can be toxic, while others are very edible indeed! And thankfully so, because they are delicious! But they’re not just a great culinary addition, they’re nutritious, too.

There’s a certain compound in mushrooms that, when exposed to sunlight (UV), converts to vitamin D2 – so mushrooms are typically quite a good source of vitamin D, which is especially important for those who don’t get that little daily dose of sunshine. Mushrooms are also a source of niacin (vitamin B3), pantothenic acid (vitamin B5), riboflavin (vitamin B2) and choline, which all play important roles in the complex biochemistry that keeps us thriving. But here’s the kicker: it appears that they have immune-boosting and cell-protecting effects, too!

The immune-boosting and cell-protecting effects of mushrooms

Research has shown that myconutrients (myco: relating to fungi) that are unique to mushrooms appear to significantly boost one’s level of antibodies, thereby boosting our immune function and helping us resist infection.

And if that’s not enough to convince you, there’s ergothioneine – an important amino acid that’s is only found in food sources (it can’t be made by the human body), and which is especially concentrated in… oyster mushrooms! Ergothioneine is an important antioxidant that helps protect against cell damage: it’s pulled towards sensitive tissues and areas where there’s a lot of oxidative stress (which leads to ageing).

Would you like to receive posts like these straight to your inbox, plus a recipe? If yes, drop your email down below. You can opt out anytime.
Views: 1,558